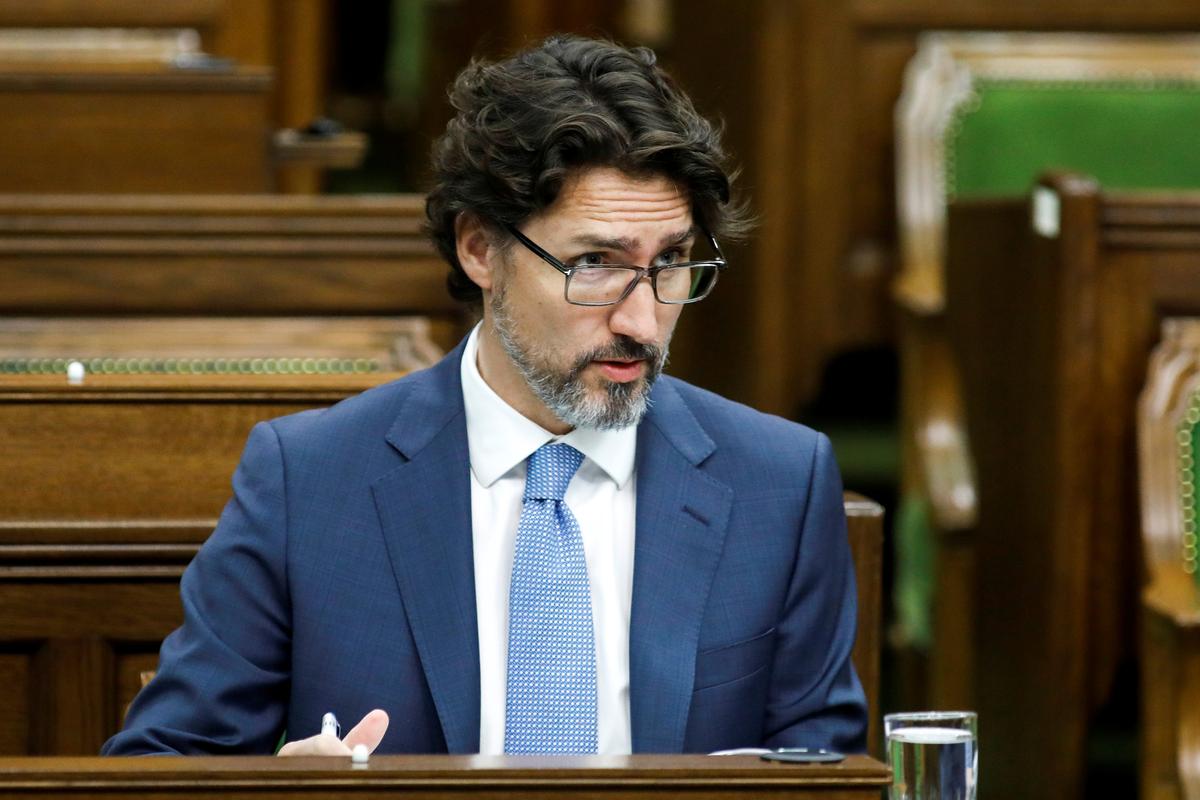 OTTAWA (Reuters) – Canada will extend federal income support by eight weeks for those who lost their jobs amid the COVID-19 outbreak, and the border with the United States will remain closed to non-essential travel, the prime minister said on Tuesday.

FILE PHOTO: Canada’s Prime Minister Justin Trudeau waits for a meeting of the special committee on the COVID-19 pandemic to begin, as efforts continue to help slow the spread of the coronavirus disease (COVID-19), in the House of Commons on Parliament Hill in Ottawa, Ontario, Canada May 13, 2020. REUTERS/Blair Gable

The Canada Emergency Response Benefit (CERB), which delivers C$500 a week to those who qualify, had been available for a maximum of 16 weeks, which meant that some people would no longer be able to collect it starting in July.

At a news conference, Prime Minister Justin Trudeau noted that the 13 provinces and territories were gradually restarting their economies, but said the income support would still be needed. Unemployment in Canada hit a record high in May.

“I’m not going to sugarcoat it. We still have a long journey ahead. … Many workers will be able to find work, but others won’t,” Trudeau said. “Even as we start to reopen, a lot of people still need this support to pay their bills while they look for work.”

The opposition New Democratic Party’s leader, Jagmeet Singh, had said he would not support a confidence vote in parliament on Wednesday if the CERB were not extended.

Trudeau’s Liberal government depends on the support of at least one of three opposition parties in the House of Commons.

“This is what we were calling for in the short term,” Singh said about the extension. “We’ll keep working to make sure help is there for Canadians who need it in the long term.”

There had been 99,147 total coronavirus cases in Canada and 8,175 deaths, according to official data posted on Monday night.

“This is an important decision that will keep people in both of our countries safe,” Trudeau said.